Sarah Agboola and Yan Ting Choong completed the University of Melbourne’s Master of Entrepreneurship program at Wade Institute in 2016.

Since then, they’ve grown m-Time, a social enterprise startup with a focus on taking care of parents so that they can take care of their families. M-Time does this by matching them with Moncierges, personal assistants who combine housekeeping and nannying tasks into one role.

Managing Director, Sarah Agboola, shares the m-Time story in her own words.

Our why is personal

This is a story I actually share with every new Moncierge, because it’s something that really reinforces why we care so much about taking care of parents and doing what will specifically help them as opposed to more traditional roles wherein you would focus on taking care of a home or children. I’ve yet to share it with the family side of our community until now, but I hope it sheds some light on why we do, what we do and how we do it.

Six years ago, I got a call in the middle of the night from my mum. She was sobbing and heaving so hard that the phone was taken away from her and a nurse broke the news to me that my dad was in a coma and I needed to get a flight from Sydney to be with my family in Wagga right away. My dad died three days later.

My family is Nigerian and most of our relatives live there or in the UK and US. For a very long time, we were the only part of our family living in Australia and we spent much of my childhood being the only Nigerian people in Wagga. So, when my dad died, my mum had to take care of three emotionally distraught children – the youngest of whom had severe autism, manage her full-time job, and continue to run our household by herself, even though what she really needed was someone who could take care of her while she recovered from her own grief.

Watching my mum balance so much by herself stuck with me, and eventually drove me to build something that focused on taking care of parents so that they can take care of their families no matter what stage of their parenting journey they’re in.

I was lucky enough to eventually meet Dr. Yan Ting Choong who shared the same vision and passion for supporting parents, so we decided to see if there was something that we could do to help them that would genuinely make their lives easier. 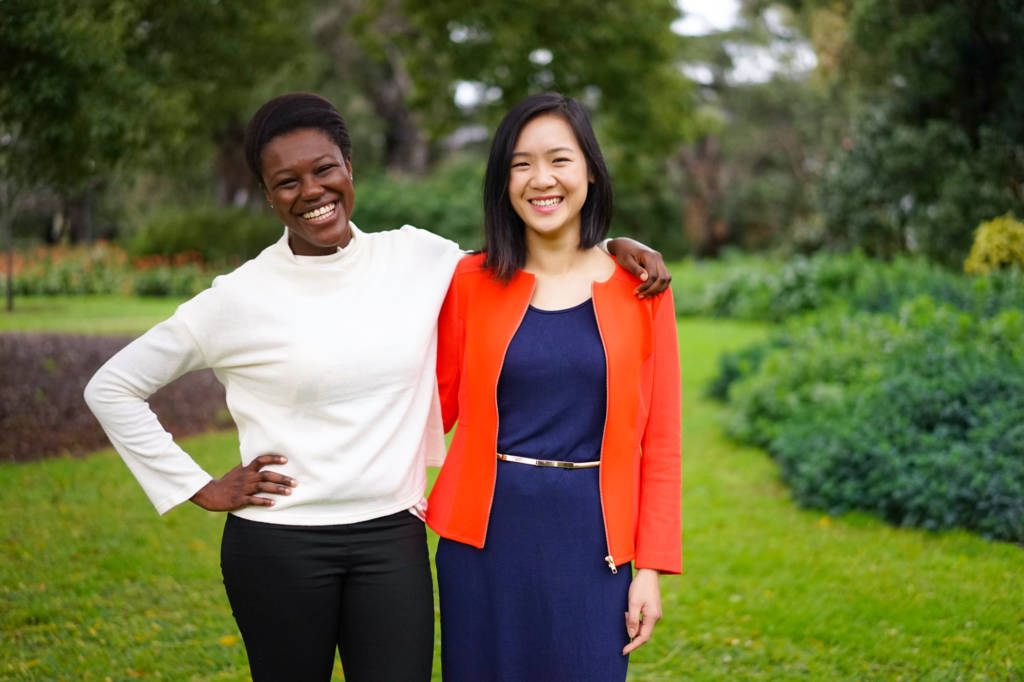 We made a post on Instagram describing what would eventually become our Moncierge service – we pitched it as a “parent helper” and described someone who would come into your home specifically to give you a break from your day to day household tasks.

Much to our surprise, we were swamped with enquiries and ended up choosing 10 lucky parents to deliver the service to. One of them was a woman named Jane*, who we consider to be the turning point of our decision to bring the idea to life.

Our culture of care

Jane was a working mum of a one year old. After she had her first visit with her “parent helper” we asked her what type of person she thinks would find our service most useful. She blurted out, “mums like me” and started sobbing. She later confessed that she had no idea that it was OK to ask for help with her home life as she was so used to being an overachiever at work.

After our experience with Jane, my own mum, and all the other parents we spoke to during this time, we knew that parents needed more support so that they could have more me time… and so we launched m-Time.

We were then tasked with finding enough caring and proactive individuals who would be willing to create an environment to allow time for self-care. We needed people who would treat the families we matched them with in the same way that they would treat a dear friend. Who would become our Moncierges?

It became clear that there were a number of groups who had the skills, drive and compassion to help busy parents but weren’t given a platform to do so. Some of these groups included: retirees, former stay at home mums, recent migrants, and postgrad students in health and education fields. However, as time went on, we learnt two key things that shaped how we recruit our Moncierge team to this day. 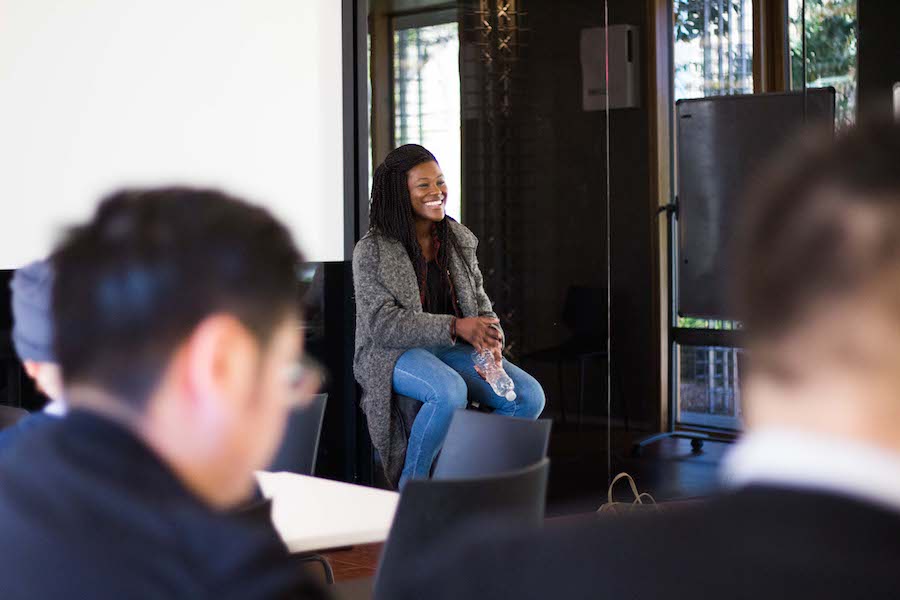 The first thing we realised was how valuable cultural exchanges between families and Moncierges coming from different culturally and linguistically diverse backgrounds can be. The sharing of recipes and language is beautiful to see within the group chats we create for our families. The second is the value of experiential exchange. Young parents bonding with those who have already raised many children of their own is commonly shared as one of the things our community loves most about our service.

Our culture of care is a model that sees m-Time internal staff take care of Moncierges by hiring them as employees rather than contractors and giving them access to ongoing training and support. Our Moncierges then give parents more time for self-care by taking care of the domestic tasks that build up in a family household. Finally, with the support of their Moncierge, parents can find time to recharge. We believe that our culture of care is the most critical aspect of what we do.

Our culture of care is most evident in the stories of cultural and experiential exchange that we see every day.

Originally published via the m-Time blog. *Name has been changed.