Find out how a LaunchVic-supported course is nurturing our state’s thriving startup culture.

Startups are increasingly a part of the business ecosystem the world over, fuelled in part by globalisation and the digital revolution. The outcome? More investors are getting involved to help startups achieve their dreams.

Yet here’s the rub. How can investors learn about early-stage investing to help ensure they’re investing in the right startup portfolio mix?

Government agency LaunchVic has long been across that conundrum.

Back in 2018, it had the foresight to support the Wade Institute with a $2.1 million grant to launch Australia’s first university-affiliated investor course. Known as VC Catalyst, the course admits 25 high net worth, early-stage investors each year. The investors include family office investment managers, current and potential angel investors, emerging and future venture fund managers, and corporate venturing teams who have $50,000 to over $2 million to invest in startups. 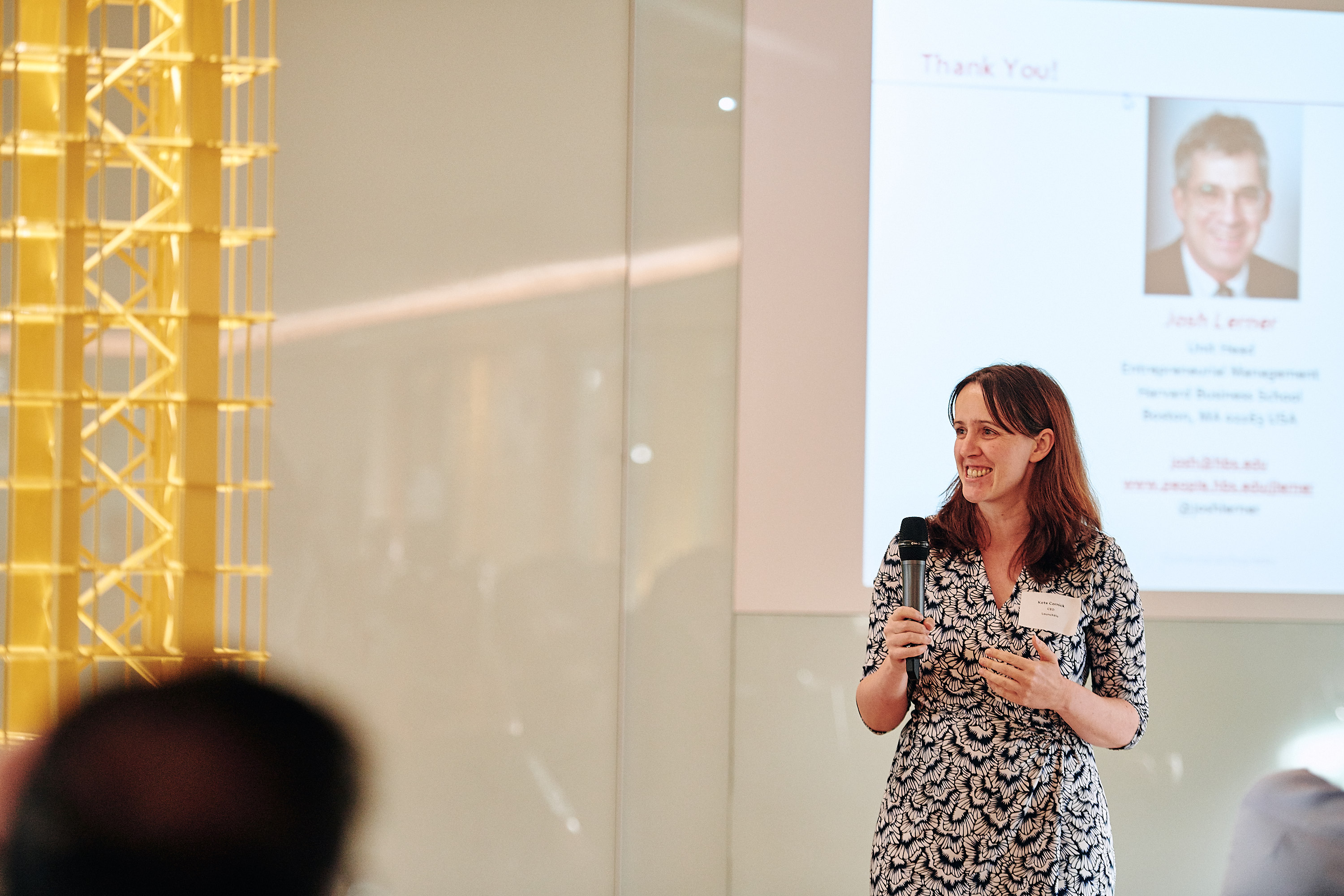 It’s a decision that’s now paying ample dividends, according to Dr Kate Cornick, LaunchVic CEO. “Startups are a different asset class and investors need to understand the art and science of investing in early-stage companies; programs such as VC Catalyst play an important role in this education. We’re thrilled LaunchVic’s focus on investor education is demonstrating results with the first cohort of the program having already invested over $2.5 million into startups.”

Most of those investors were local, too: proof of what a talented bunch we are! 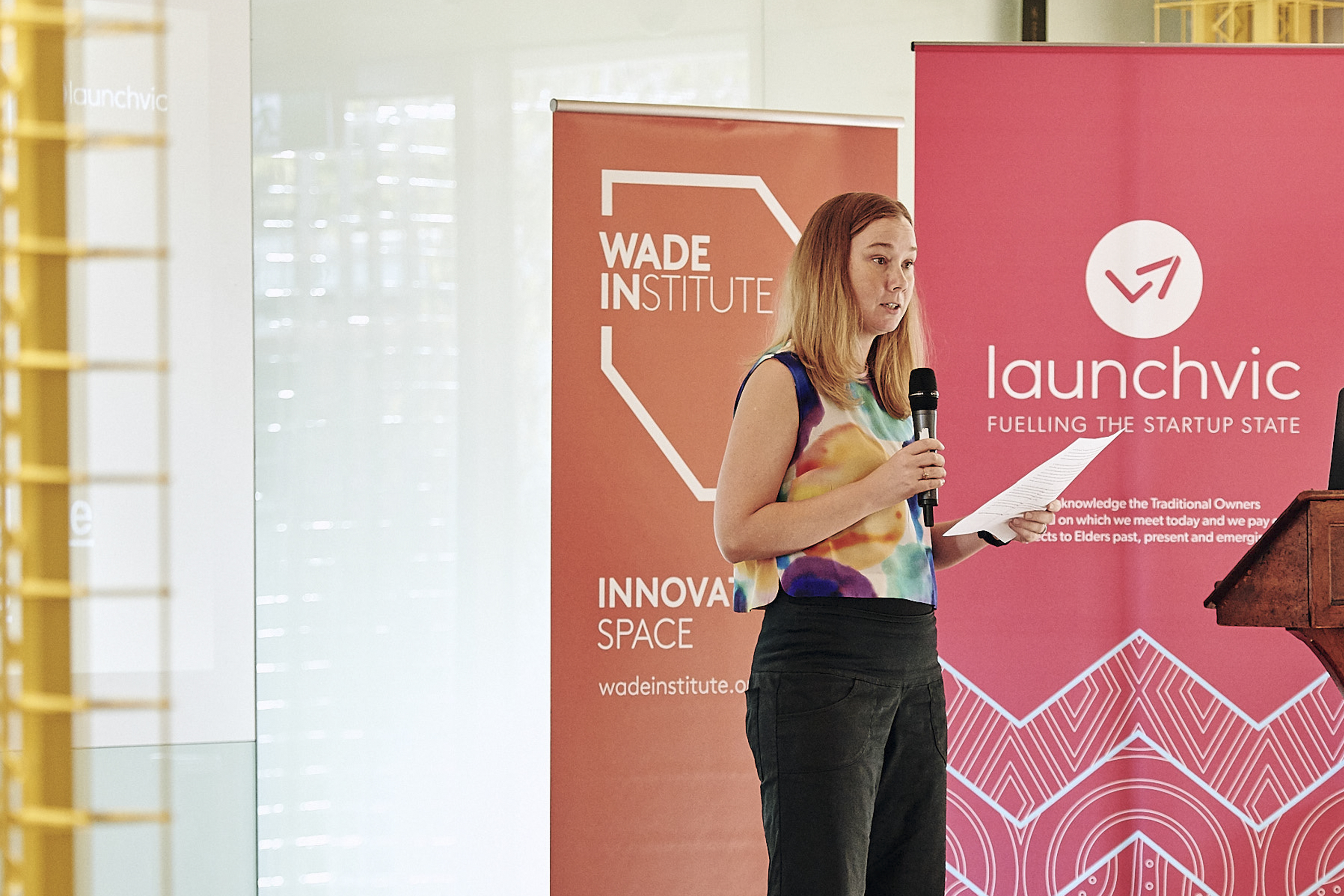 And they can pay it forward. Course participants can, and do, offer a lifeline to businesses seeking to scale. Like many before them. In the past, local investors have supported some of Australia’s most successful startups (think Canva, Culture Amp, Safety Culture, Airwallex and Atlassian) and lucrative Melbourne startups like Moula, Redbubble and Judo Bank.

“The money can be the life or death of a startup pushing to make its next round of validation,” says Georgia, who explains that beyond financial support, investors often also provide vital knowledge, networks and advice to early-stage founders.

Based at the Wade Institute in Ormond College at the University of Melbourne in Parkville, the course features experts from Silicon Valley and Stanford University along with Australian venture capitalists who share local best-practice context, networks and knowledge.

Naturally, courses such as this help bolster our state’s current and future finances.

“We’re lucky in Victoria that public and private sector leaders understand that despite our current economic prosperity, action is needed to ensure our economy remains strong,” says Georgia. “Our state has all the ingredients to have a prosperous knowledge-based economy that’ll hold us in good stead in the decades to come.”

A key driver of economic growth is new business creation, she adds. Not the kind of small business with one or two employees, but businesses that are “bold and will scale, and that ultimately provide hundreds or thousands of jobs”.

While Australia has enjoyed a three-decade-long run of economic growth, in Georgia’s view there has been little incentive to take the leap into entrepreneurship. In other economies such as that of Israel, she points out, appetite for risk-taking is higher, partly because of the lower opportunity cost of going out on your own to start a business, and the very high reward if you’re successful.

“In the past couple of decades in Victoria, it’s been easier to pursue a corporate career,” she observes. “But as graduate jobs diminish for university graduates and people later in life find it difficult to find jobs, more people are deploying their skills and experience and turning to a career in entrepreneurship.”

That’s encouraging, as according to the 2016 Crossroads Report by StartupAus, Australia is at a crossroads. We have, it states, “an unprecedented opportunity to transition from an economy based on resources, primary industries and domestically focused businesses to one based on high-growth knowledge-intensive businesses that can compete globally in an increasingly technology-driven world.”

Victoria’s heading in the right direction in that regard, with our startups valued at $3.4 billion and growing 23 per cent year on year, according to the 2018 Victorian Startup Ecosystem Mapping report produced by Dandalo Partners.

So is entrepreneurialism finally getting its due in Melbourne, through courses such as this? Is it becoming more recognised formally?

“We still have a little way to go,” says Georgia. “In Australia, many people still associate entrepreneurship with people who have behaved badly or were corrupt. But these are not the kind of entrepreneurs I see day-in and-day-out at the Wade Institute. We meet founders who are passionate about solving a problem, who are providing meaningful employment to many employees and ultimately, who are trying to make the world a better place, whether that’s by creating a new consumer product or service, by creating a medicine or by creating a technology that makes our workplaces better. This course aims to educate and support our investor community so they can understand best practice when they’re investing in startups: it’s information you can’t find in text books or in posts online.”

This article was originally published via to The Victorian Connection