Raised in Johannesburg, South Africa, Arjun Agarwal knew by the time he was in high school that he wanted to use finance to uplift underprivileged communities. When his father passed away in Arjun’s final year of his undergraduate degree, Arjun and his family moved back to India where his true resilience and his path to entrepreneurship became clear.

A Father’s Example Creates a Dream in Humanitarian Entrepreneurship

Everyone needs a mentor in their lives and for Arjun that was his father. From a young age, Arjun’s father taught him the meaning of Einstein’s quote: “Try not to become a man of success, but rather try to become a man of value.”

For many years, he and his father participated in Food for Life SA, a country-wide feeding scheme supporting disadvantaged communities. In high school, Arjun’s father encouraged him to join a youth development organisation where Arjun gave motivational speeches and other support, including teaching a student how to use WordPress who then went on to write a book!

Arjun remembers the confused response he got when he told his peers that he wanted to pursue finance and investment banking. In their minds, this was terribly boring, but in his mind, it was the knowledge he needed to help others.

So, Arjun went on to study a double major in Finance and Economics at the University of Witwatersrand in Johannesburg. Everything seemed to be going well, until his father suddenly passed away in his last year of study.

Arjun and his family were devastated, and decided to move back to India to live with family and make a new life.

Moving to India was a huge culture shock at first, says Arjun. Living in a small city called Nagpur, an hour’s flight from Mumbai, the culture was so different, and jobs were hard to come by.

“I applied to over 100 positions and kept getting rejected because I was only 21.”

Arjun eventually found a few small jobs, but he knew he needed to take some risks if he was going to support his mother and become the person he wanted to be.

“Then I heard that Investec India was hosting a three-day workshop on investment baking.”

Investec is a multinational private investment bank which started in South Africa, with a branch in Mumbai. “I grew up driving past the Investec headquarters in Joburg and always wished I could work there.”

“So I emailed the CEO! I introduced myself as a fellow South African and said I would love to work for them. I honestly didn’t expect a response.”

But he did get a response, and that one risk became two years working with the company he’d always respected, learning the bread and butter of investment and finance.

“It was hard work. I would be there from 7:30, 8 am in the morning until midnight sometimes.”

Despite the long hours, Arjun still got involved with the company’s Corporate Social Responsibility initiatives, working with kids and raising money for underprivileged people with cancer. But Arjun felt his growth plateauing.

“By the end, I really wasn’t getting time for myself and I felt like I’d lost track of what I really wanted to accomplish.”

Arjun recently published a podcast called The Arj Speaks Podcast, where in the first episode, “Houston We Have a Problem”, he recounts this shift from banking to his future in entrepreneurship.

“It didn’t help that everyone around me was double and sometimes triple my age. I was the youngest banker there and I felt out of place. I felt like I needed to get back into my innovative headspace and be creative again.”

Not Just a Plain Vanilla Entrepreneur

His time in India had taught him an essential mindset of an entrepreneur, which sees options and choices where others might see only obstacles. Arjun knew he needed to keep growing, but to where?

“I knew what I didn’t want to do,” he shares in his podcast “A plain vanilla MBA? Our world is changing and old school thought needs a refreshed approach. The fourth industrial revolution is upon us and you cannot take that on with information from the Bronze age.”

When a friend suggested he look at Melbourne, Arjun stumbled upon the University of Melbourne which has a dedicated entrepreneurship school, the Wade Institute. “Everything just lined up.”

This year hasn’t turned out at all like Arjun imagined, but he’s still managed to learn a lot and make incredible connections. This includes meeting the founders of a co-design policy startup, Bridging Us, at the Melbourne SOUP evening hosted by the Wade earlier this year.

Arjun immediately offered to work pro bono for them because he believed in their work and now, after a few months, has become their Head of Strategy and Finance.

He’s also started a small product business called Out of the Envelope with fellow Waders, and continues to look to the future with his eternal optimism and determination. 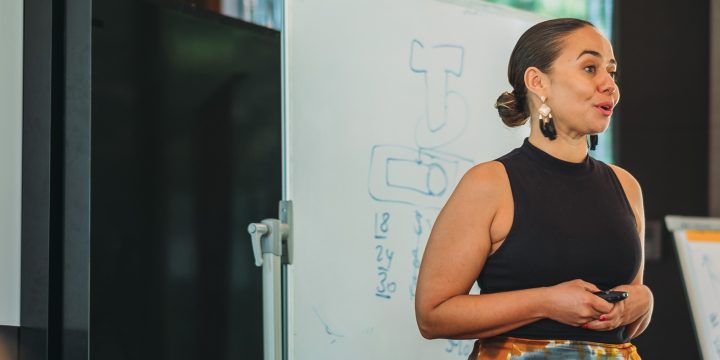 The most important document you’ll ever write as an investor 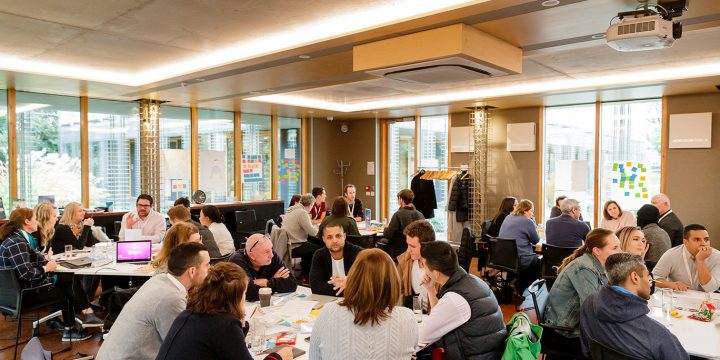