Kangning (Kane) Guo was born and raised in Xuzhou, a major city in Jiangsu province, China. While studying abroad is nothing new for Kane, entrepreneurship is world’s away from the engineering trajectory he was on only a year ago. Hear why Kane chose to redesign his life and move to Melbourne to study entrepreneurship.

From China to USA & back again, & still unsure
In the beginning, engineering made sense for Kane. “Growing up, I loved cars and aeroplanes, so I thought my interests would be good motivation for a career. I also wanted to help in my family’s manufacturing business, so engineering seemed right.”

Compelled to immerse himself in different cultures, Kane decided to study abroad and moved to the US. He studied his undergraduate in mechanical, electrical and computer science engineering at the University of Delaware, an experience which was far from what he knew. “It was so different. In China, the most difficult period is high school – we had 12 subjects, and classes started at 7am and finished at 9pm. It was intense. Studying in the US, there felt like a lot more leisure time, but I struggled with the language barrier, the accents, the learning styles, everything.”

Kane persevered, finished his studies and moved home to China to take up internships and help in his family business. But Kane was craving something more. “I started thinking engineering was not my destiny. Sitting in a lab designing and doing calculations, it just wasn’t the life I expected. I realised that learning the skills to support my family’s business would also help me learn to start and run my own business, and I knew that’s what my next step should be.”

Facing doubts to engineer a new future
When Kane took a trip to Melbourne for work in 2017, he found what he was looking for. “The University of Melbourne is very famous, I wanted a closer look. When I saw they were offering a Master of Entrepreneurship, I met Georgia (General Manager at Wade Institute) and learned how professional and diverse entrepreneurship is here. I knew I wanted to do this, and to study overseas and experience a new culture again.”

This newfound understanding of himself excited Kane, but it wasn’t as clear cut for his family. “For my parents, studying entrepreneurship was nonsense. They didn’t know what it was, they couldn’t understand how this change would benefit me. I had to tell them: it is my aspiration, this is what my passion is.” 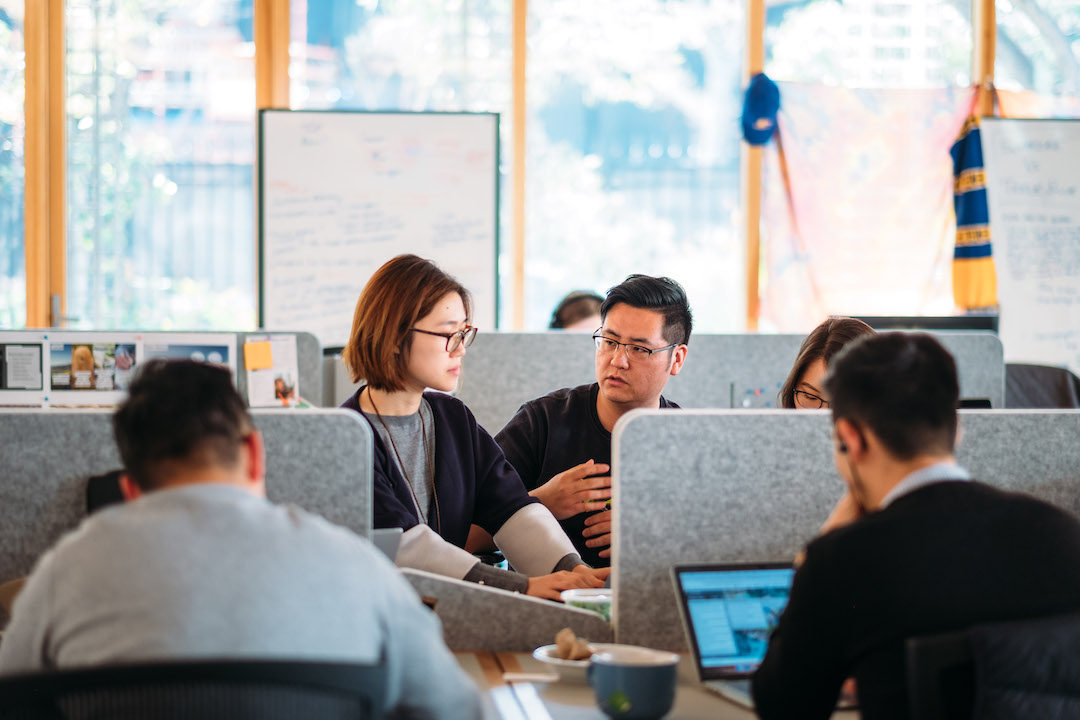 Kane says his family’s doubts weren’t the only ones he was grappling with. “To be honest, I didn’t want to give up either. I’d already spent five years in engineering, if I spent another two I could become a true professional in the field. But I just realised it wasn’t what I wanted my future to be.”

Changing your mindset & finding your people
Since moving to Melbourne to join the 2018 cohort of the University of Melbourne Master of Entrepreneurship, Kane has completely changed his way of thinking. “It was difficult at first because in engineering, you pay more attention to theory, equations and formulas. I used to just think about the machine, and how to code. Things felt so fuzzy, but then I realised that’s what entrepreneurship looks like. I’ve accepted to not panic as much when I don’t know something because I know it’s more about teaching you ways to solve problems and learning by actually solving them.”

For Kane, the best part about his time at Wade Institute has been the people. “It’s so diverse. I used to be so shy, now I share my ideas and have made so many amazing friends from Australia, and from south America, Thailand, Indonesia… The diversity and difference of the professors has been great too. We’re very passionate about culture here and I’m very grateful for that.”

Putting entrepreneurship to the test
Kane has been working with a team of entrepreneurs on a pet food startup for the Chinese market. It’s making incredible headway, even before the program’s end.

But for Kane, ultimate success is more about putting what he’s learned into practice beyond the program. “I just want to see the difference of studying entrepreneurship in action. I want to test my entrepreneurship skills and combine them with my background to support my family business and help it run better. That’s my personal goal.”