Student Stories: From the lab to lean canvases

This article first appeared on The Pulse, MYOB’s blog – written by James McGrath

What happens when a researcher leaves the lab to embrace the startup state of mind? Melanie Williams, the recipient of this year’s Wade Institute MYOB Scholarship, is about to find out.

Even though Melanie Williams has never had an entrepreneurial bent, she’s helping to foster the next generation of entrepreneurs.

What drove Williams to seek out the Wade Institute and a life of entrepreneurship was frustration – because scientific research projects rarely result in a direct (or profitable) outcome.

“In the beginning you feel like the experiments you’re doing are really cool and you get excited by them,” Williams told The Pulse.

“But then the novelty wears off and you work really long hours. You’re doing the same thing over and over again.”

When she started she was swept away by the passion of other researchers on the discoveries they were making in combating toxoplasmosis.

But despite the research’s usefulness, Williams was frustrated by seeing meticulous research end up in a journal somewhere without any sort of concrete outcome.

“It’s 15 years or so down the track before anything that you’ve learned can be applied,” she said.

“Once I realised that we had done a lot of work for the purpose of publishing our results, I was a bit disappointed.”

She said she admired those who could stick it out in medical labs, doing meticulous work day after day, but it simply wasn’t for her.

“I felt like I needed something more dynamic and fast-paced and I needed to be connected to a tangible outcome,” said Williams. “I didn’t feel like I was connecting the effort I was putting in to the outcome anymore.”

She tried to seek out the help of others around her, but they couldn’t sympathise.

“The pure researchers around you don’t know what the other options are,” said Williams.

The other researchers insisted that what Williams was feeling was a phase that all researchers went through – but for Williams, it didn’t pass.

Instead, she came to a simple conclusion. “I realised that it wasn’t the right work for me.” 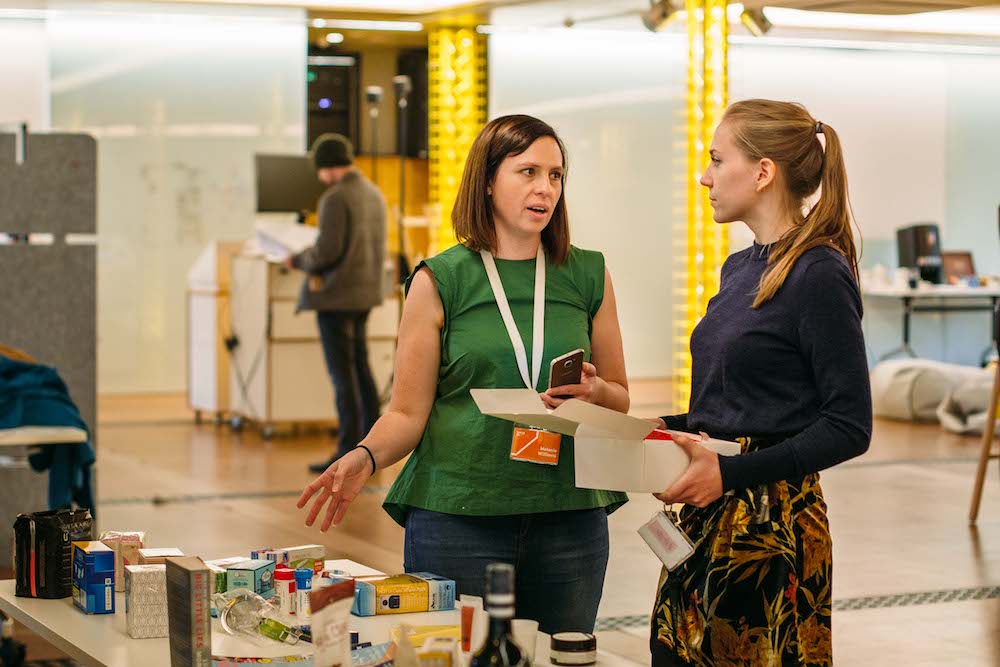 Williams was gradually introduced to the world of commercialising scientific research through various meetups and networking functions, but one particular instance stood out for her.

She was inspired the story of Dr Vern Bowles, who founded Hatchtech in 2001. Williams said she saw a bit of her own story and frustrations in his.

“He was doing a PhD in veterinary science, but then he realised that there were no jobs around,” she explained.

“He saw people losing their jobs and there was no funding coming through. He sat down one day and decided that he had to make his own job.

“This was something he could do within his field of expertise where there was a market need, and he came up with a plan.”

He managed to turn his research into head lice into a company which would eventually attract $279 million in investment.

Williams said it was the first time she had given serious consideration to turning her passion for medical research into a commercial outcome.

“He managed to fund his own jobs, gave other people jobs and got his product to market. There was something inspiring about that,” she said.

And there she had it – a line drawn between research and a commercial outcome.

Of course, knowing you want to do something and having the skills and resources to do are two entirely different kettles of fish.

Williams started to hear mention of the Wade Institute in various workshops and was fascinated by the prospect.

Wade Institute offers an intensive one-year Masters of Entrepreneurship course through the University of Melbourne.

Accepted into the program late last year, Williams has been through the initial phases of the course. She has found that embracing the program with an open mind is key.

“I went into the program with some ideas, but I knew going in that I didn’t really know anything about business. They were ideas I had without any knowledge or skill,” she said.

She said learning how to frame a market opportunity the way an entrepreneur would has been the biggest learning curve so far – but she has a jam-packed year ahead.

“I’m trying to keep an open mind instead of saying ‘this is the idea I want to do’,” Williams said.

“I want to learn the tools and find the right mentors I need in the science commercialisation industry.

“I don’t know if I’m going to have a great science-related epiphany while I’m there this year, but I can learn the skills and make the connections.”