This article was originally published in Newsroom, by the Faculty of Business and Economics, The University of Melbourne.

Mond Qu, a passionate designer and businessman, was in the first cohort of the University of Melbourne’s Master of Entrepreneurship. During the degree, Mond launched his second business, and created a unique desk and table design – the Deble.

On first meeting Mond Qu, graduate of the University of Melbourne’s Master of Entrepreneurship and architecture undergraduate, his energy is palpable.

Mond was in the first cohort of graduates from the Master of Entrepreneurship, which launched in 2016, during which time he started his second business, Prymari, aimed at “democratising furniture design.”

With obvious passion for his work, Mond explains his latest creation at Prymari, the ‘Deble’ – “a desk and table in one.”

“The idea came about because more and more people are living in apartments, in high density areas. Especially for the inner-city, people don’t have much space, so combining two pieces of furniture has a lot of appeal.”

The Deble has modules which can be taken in and out, depending on what you need it for.

There are blue-stone and marble modules suitable for hot drinks, modules with felt for pinning your notes or reminders, perspex modules you can write on directly with a whiteboard market, and storage compartments to store cables and wires. 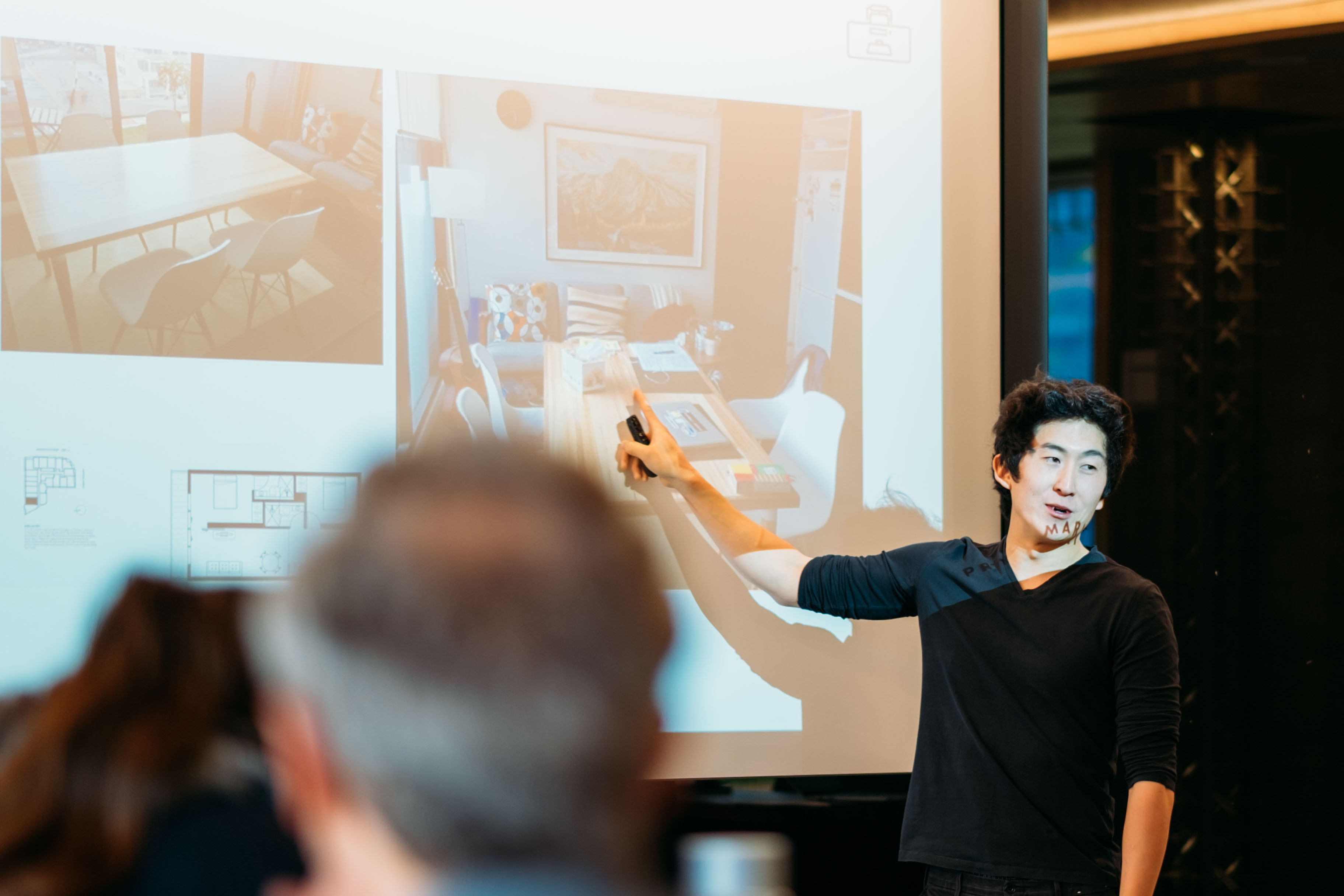 Hundreds of thousands of combinations

Mond has built the first prototype – a mix of timber, perspex, felt and bluestone – and has already sold 20 Debles – mostly through word of mouth.

“Our first customers are mostly designers themselves – they’re the early adopters so far. They like the quirkiness of making their own Deble. The Deble has incredible flexibility – there are literally hundreds of thousands of combinations you can have.”

“The business model means we have ongoing relationships with the customers – they can buy or replace a new module every one or two months. If one part of the Deble gets scratched, for example, we can recycle their old piece, and give them a reduced fee on a replacement.”

The son of two interior designers, Mond says moving from architecture into the world of furniture design was a natural step.

“The inspiration for the deble came from my family. My Dad’s business is custom-made furniture, which is really resource heavy. The furniture is bespoke but the business is un-scalable.”

“I wanted to look at how to add design into the furniture industry, which is not as resource heavy as bespoke furniture, so you’re not starting from scratch over and over again.” 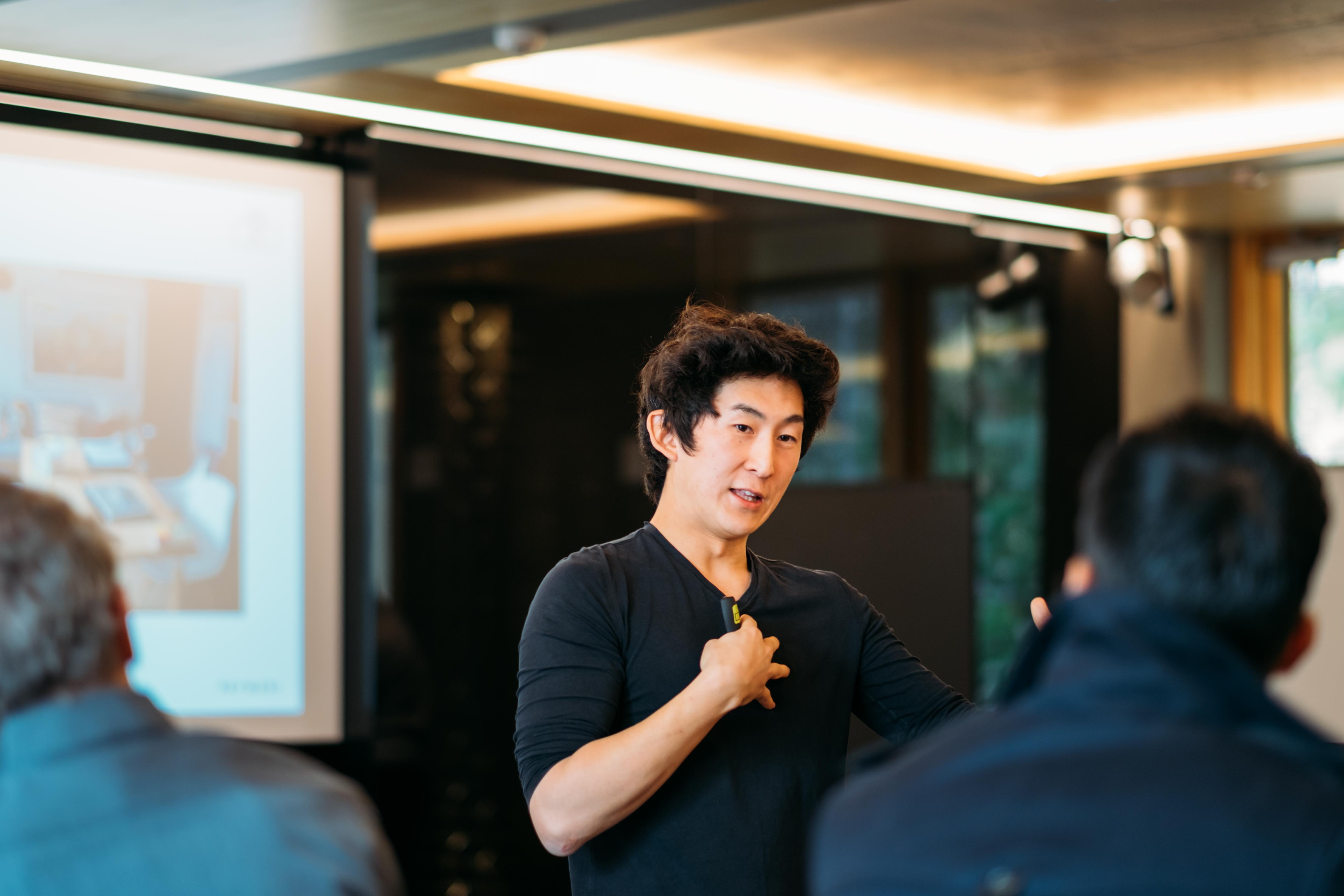 Master of Entrepreneurship “a valuable insight” into business world

Mond and his business partner had been running his first business United Make – a tech design company – for two years before, as he puts it, he “hit a glass ceiling”.

United Make’s specialties range from branding, graphic design and 3D printers through to Virtual Reality (VR), and clients have included YouTube and Facebook.

“I came with an open mind of what I wanted to get out of the course, which has allowed me to see how I can combine my passion for design with making a living. I’m a designer by trade, and didn’t have those business skills to scale-up the business.”

“Doing the Masters gave me the opportunity to polish up my business acumen, with things like GST and business modelling, and gave me really valuable insights into how a business actually works behind the scenes.”

“The  degree also gave me perspective – I felt like I was able to work on my business, rather than in it.

“There was a great mix of theoretical and practical work. I would highly recommend the degree for people who already have a business and know what they want to achieve.”

Mond says one of the best parts about the degree was the people: “It was really exciting to be with people who have all these great ideas all the time. There were 18 of us, ranging from a veterinary scientist to an actor to a neurology PhD student.”

Mond says the best networking opportunities during the degree came from working with his peers, tutors and being introduced to people across different industries.

“It was a great experience to see people from all different walks of life come together, and now I have this incredible base of people as a business support network.” 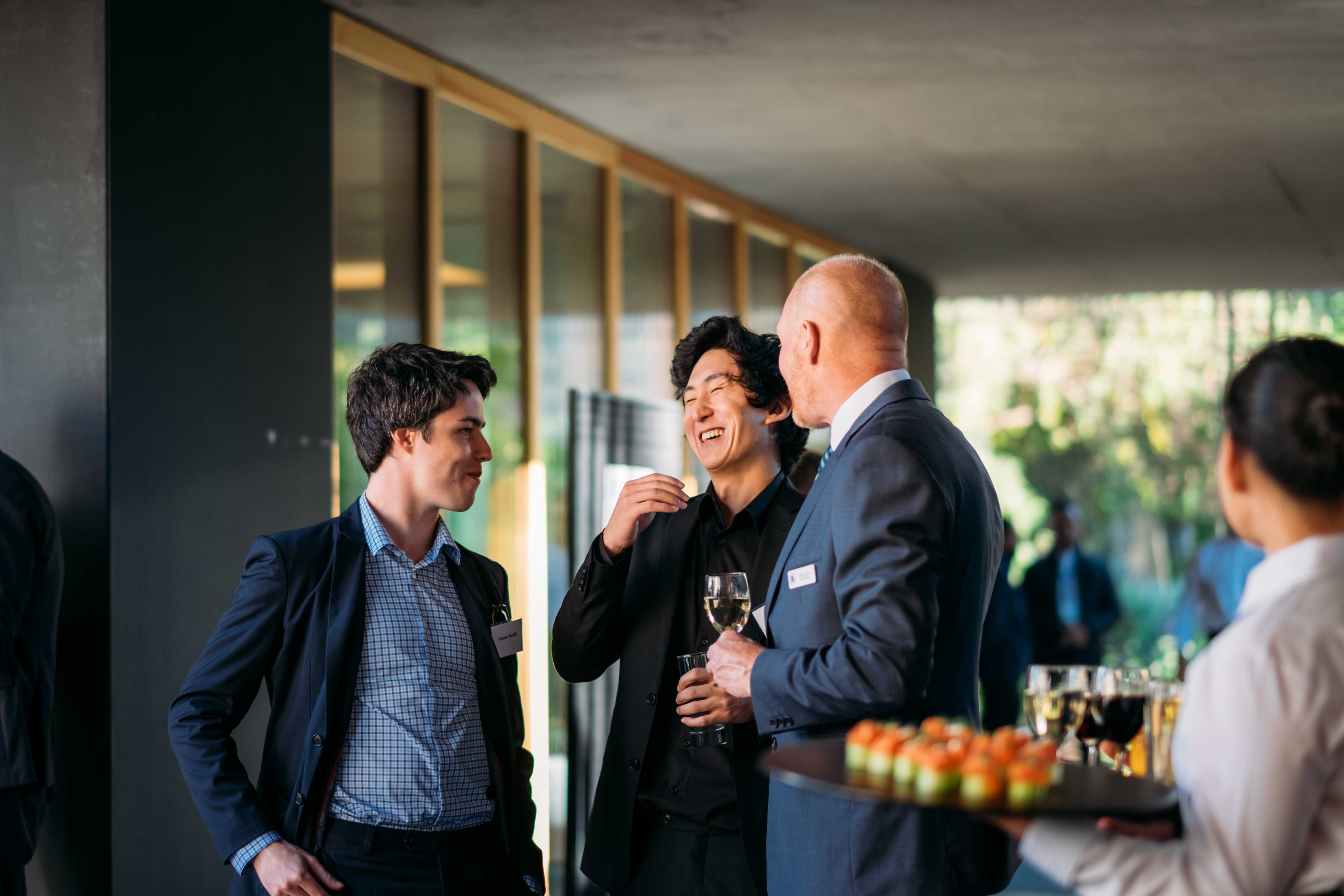 As well as running his two businesses, Mond teaches an elective subject Tectonic Grounds (recently shown as part of Melbourne Design Week) at the Melbourne School of Design, where he did his undergraduate degree, and regularly travels overseas. To date, Mond has been invited to teach at universities in Shanghai, Hong Kong, Bangkok and London.

“I love it. Teaching at the University of Melbourne means I have to keep up with technology, and I get to be around students and all their passion and energy.”

So how does the 27-year-old balance all his commitments? “I’m a master of procrastination! When I know I have to get something done – I start something else – so I end up with multiple projects on the go. But everything I’m doing kind of blurs into each other.”

Mond is busy working to up-scale Prymari, and aims to sell 2,000 Debles by the end of next year. The business is also looking to develop more flexible furniture.

“What’s so great about Prymari is we are constantly getting new ideas from our customers. Some of them have suggested creating book shelves, even bedside tables, from the same modules as the Deble is made from.”

“Ultimately, customers will be able to interchange and swap pieces out. Essentially we are looking to create ‘eco-systems’ of furniture.”

Another project Mond is working on at United Make, sure to be popular amongst Melbourne’s coffee drinkers and design lovers – is a lampshade made from coffee grounds donated from the local barista.