What happens when you spend a year immersed in entrepreneurship? Bindi Raja tells Women’s Agenda how she quit her well-paying and secure job for a course in entrepreneurship. Less than 12 months later, she’s come up with a brilliant new business 3D printing models of babies from ultrasound images. 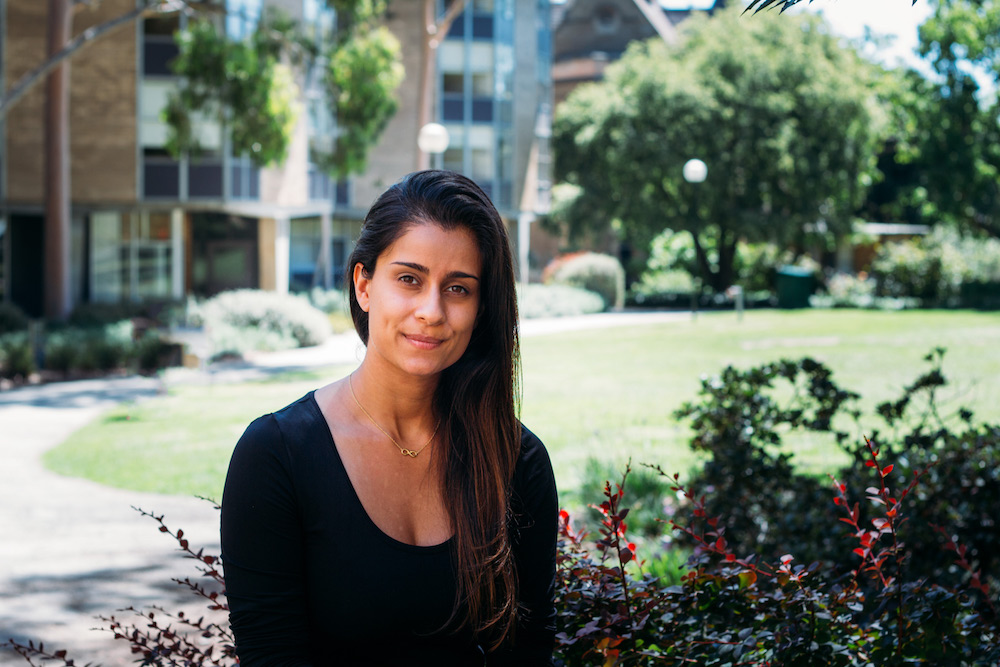 When Bindi Raja quit her secure job as a sonographer to pursue entrepreneurship, she had no idea what kind of business she’d build or where her future income would come from. Done with pursuing a career merely because it would offer security, she read one book on entrepreneurship called The Freedom Switch, and found part of the author’s journey familiar.

“I was comfortable in my job but I just wasn’t able to diversify my skillset and I just felt really incomplete,” she says. “I remember the day I submitted my resignation email and thinking ‘Am I really doing this? Am I crazy?’ I have security, a six-figure salary, I don’t have to take work home with me and all at the age of 26. Why would I walk away from this? It’s picture perfect.’

Less than one year later, she’s completed The University of Melbourne’s Master of Entrepreneurship, delivered at the Wade Institute, and launched a disruptive new business that prints 3D models of babies at their 20-week ultrasounds. While offering such products to expecting parents, the business is also researching methods for reducing the margin of error when detecting abnormalities during scans. Having only come up with the idea midway through the year, Raja launched the business, TeenyCo, with a software engineer and designer she met through the university. They’re piloting the consumer side of the business across radiology clinics whilst also collecting raw data to produce the algorithms that can support their research.

Speaking with Women’s Agenda just as she’s completing the course at the Wade Institute – after being awarded the $25,000 Naomi Milgrom Scholarship supporting female entrepreneurs – Raja’s also celebrating another win, picking up one of two $10,000 prizes provided by Credit Suisse and CMB Capital during a pitching competition last month. 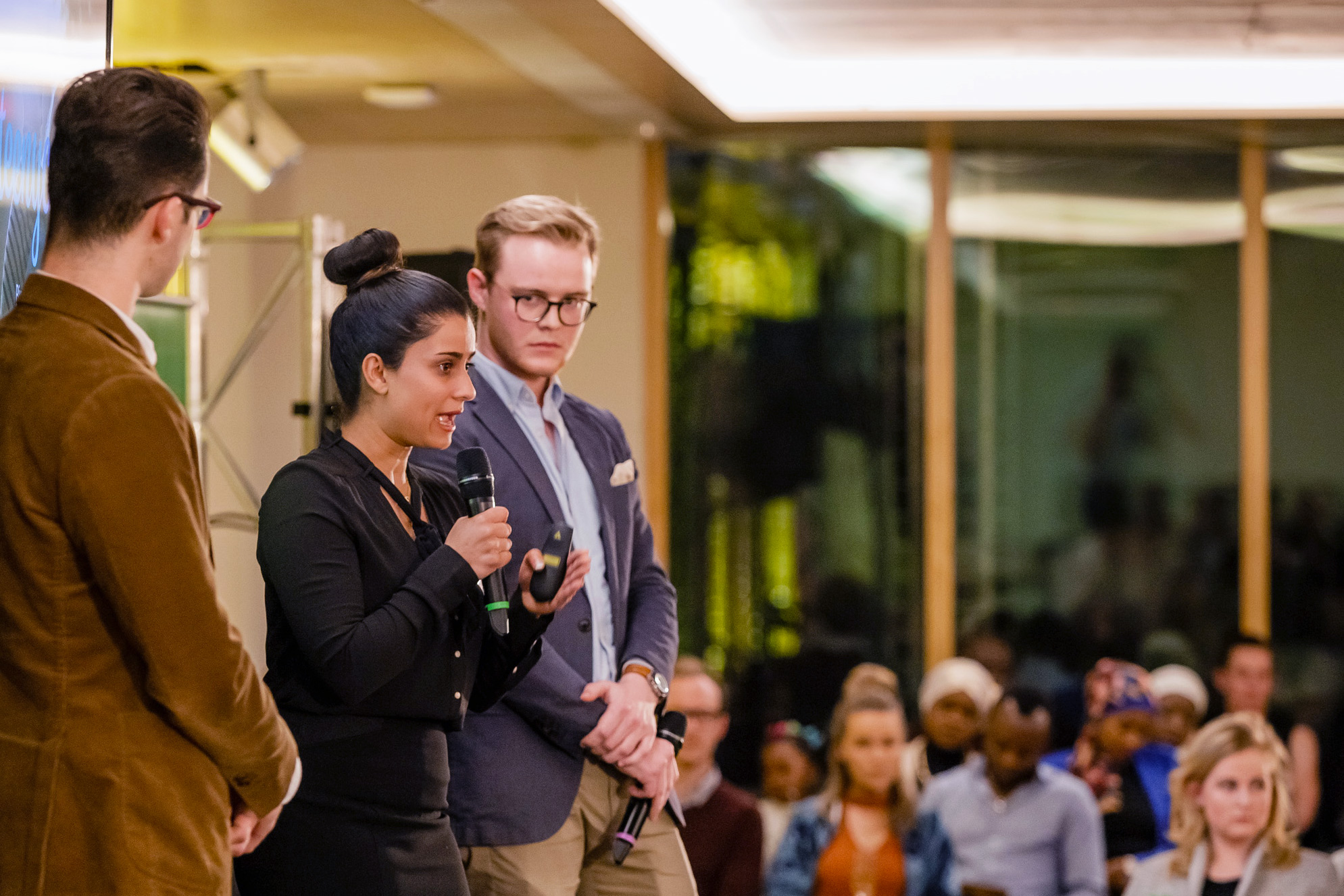 She admits the self-doubt she felt when first applying for the course, continued throughout the year. “But through all the insecurity and self-doubt, I couldn’t bear to think of the consequences if I let that control my future. So I thought, ‘I’m just going to back myself and give myself a shot’. I dreaded sitting in my home years from now, thinking ‘What If?’, so I decided, it was now or never!” she says. “There is no hiding who you are when you force yourself to make a decision.”

Indeed, she spent the first few months of the course with no idea where it would take her or what kind of business she could build. Dabbling in ideas covering everything from personal training to mentorship, she looked into her own experience as a sonographer to identify the problems that still exist in the industry.

“I realized that a common trend amongst sonographers was their stress and dislike of doing baby scans. This was primarily because of their fear of missing an abnormality, and I thought,  ‘this is a problem that I directly understand. Why should I throw away my expertise and knowledge in this space?’ The most amazing part of it was that we were also able to provide a new product offering that gave expecting parents a new experience.”

The realization came during an intensive week in the course, where students come in from 9 to 5 to work on a single idea. She had joined a team, but found she wasn’t passionate about what they were developing and decided to take a chance and walk away from it – thereby forcing herself to quickly come up with something completely new.

The decision not only sparked a new idea, but taught her an important lesson: “It’s only when you walk away from security and certainty that you are forced to explore new and unknown territories which is where the magic lies. After all, if you don’t move away from what you know and understand, you stop learning and you stagnate,” she said. “It’s amazing to see the personal and professional developments I’ve made throughout the year, taking risks and backing yourself goes a long way. It opens up new doors and opportunities you never knew existed, and to think that twelve months ago I would cringe at the sheer sight of change or uncertainty” 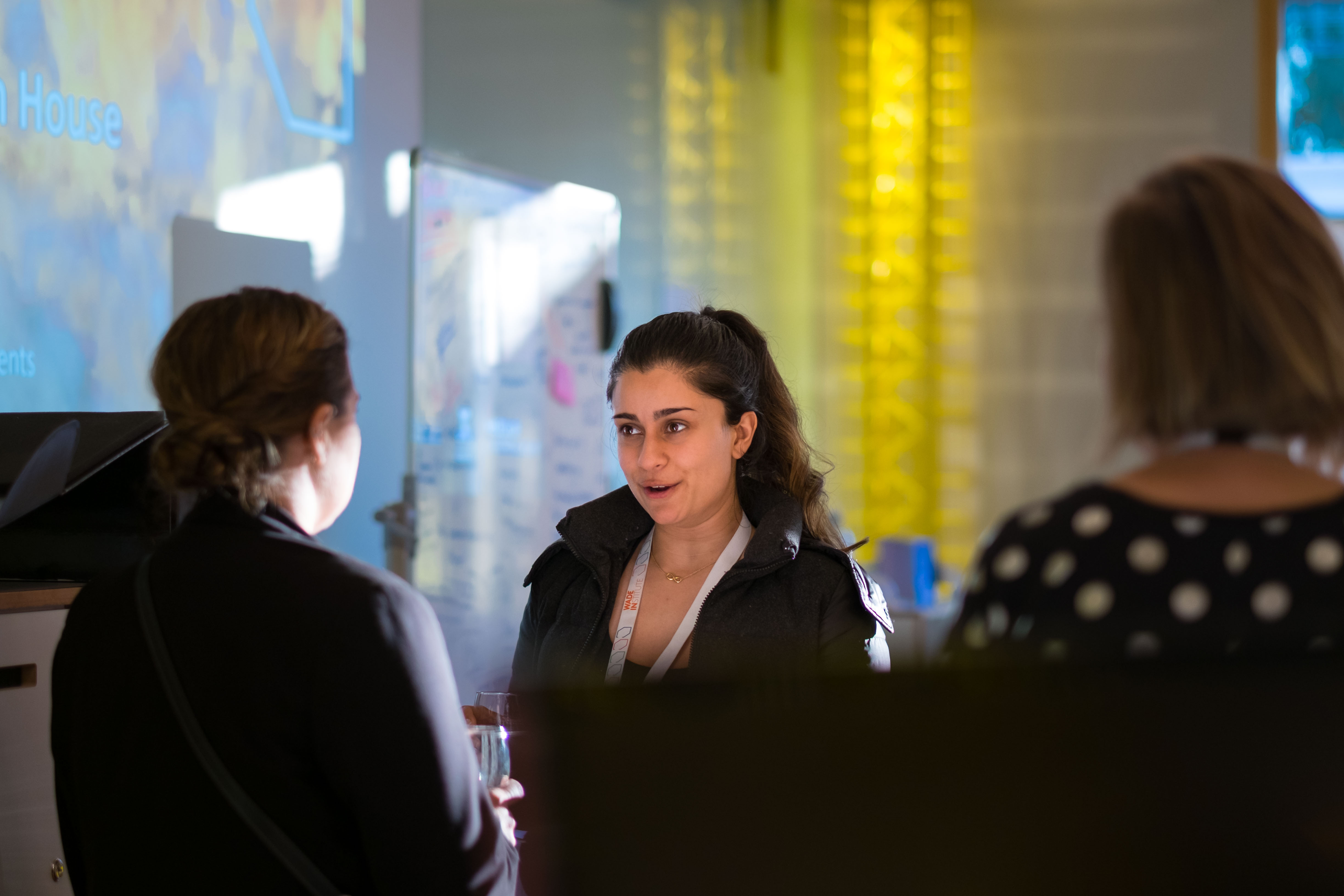 Raja also learnt to feel comfortable with ambiguity, to see it as an opportunity to stay curious and to keep learning. Sharing the course with a small group of 18 other students, she’s confident she’s now built the foundations and networks she needs to springboard into the next year. More importantly, she says she’s learnt more about who she is and what she stands for. “I had no idea who I was last year,” she says. “The last year has forced me to be honest with myself and to discover who I really was, everything from my passion, my drivers, my strengths to my weaknesses.”

Raja adds the people she met during the course will be friends for life, especially having seen each other at their most vulnerable points. “In conversation at the end of the course, one of the students summed it up quite nicely. No matter how often or how little we speak from here onwards, we will always share a special bond that will continue to grow over the years.”

Just 12 weeks into the new business and 12 months after committing to a decision to completely transform her career, Raja says her business is well prepared for a big year in 2017, with a consumer product available and a pipeline to deliver the cashflow needed to support their research ambitions.

She believes that it is her passion and experience in various industries as well as what she’s learnt to cultivate during the course that will aid their success in the future. “No matter who you are or what your background is, everyone has a unique set of skills that can be brought together to build a phenomenal business. But this only comes together if you have the drive, passion, resilience and persistence to make it happen. So trust in your capacity and ability, you may be pleasantly surprised. I know I was.”

Bindi’s startup, Teenyco, was the winner of the $10,000 CMB Capital ‘Best Startup Pitch’ Award at our inaugural Pitch Competition. She was also a recipient of the $25,000 Naomi Milgrom Female Entrepreneurship Scholarship.