Reform or disrupt: a night with Jetstar & Virgin

In August 2016, the CEOs of Australia’s biggest rivalry in aviation came to Wade Institute of Entrepreneurship to exchange stories and share a laugh over their tumultuous past. It was a fascinating discussion of rivalry in the aviation industry in the early 2000’s, organised by Ormond College alumnus and Wade Institute benefactor, Peter Wade. 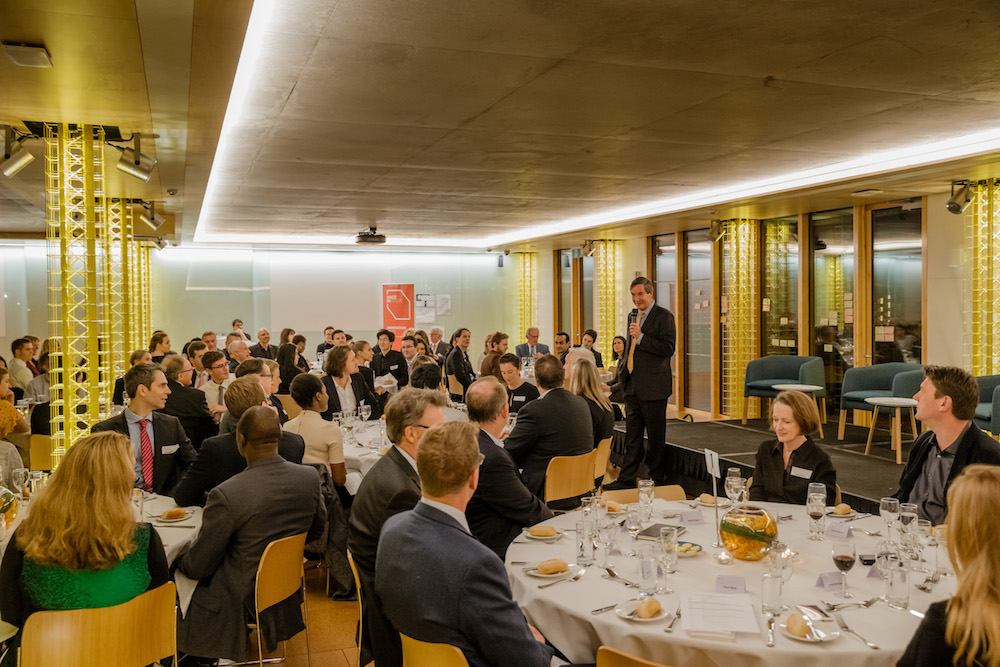 In front of a packed room of students, faculty, and special guests from the startup community, Qantas/Jetstar CEO Alan Joyce and former Virgin CEO Brett Godfrey shared starkly contrasting experiences as entrepreneur and intrapreneur. Jetstar was created by Alan Joyce out of an established legacy brand, Qantas, while Brett Godfrey received a $10M investment from Sir Richard Branson and the mandate to start a low-cost airline.

Peter Wade, founder of travel agency Travelbag, organised
this event to show that innovation can be achieved in different ways “Alan and Brett went head-to-head with directly competing brands, so hearing stories of their struggles throughout their journey was captivating. What cannot be in doubt is that Australia has an excellent aviation industry and that Australian passengers continue to receive the best aviation service in the world. That, in no small part, is due to the efforts of Alan and Brett”.

Both CEOs shared the behind-the-scenes of leading two of the most ercely contested brands in Australia. Brett spoke about the ups-and-downs of Virgin’s journey, including avoiding a catastrophic hit to their business that was saved at the eleventh hour. For Alan, setting up the rival airline and Qantas offshoot, Jetstar, in Melbourne away from Qantas headquarters in Sydney allowed Jetstar to establish its own footprint. The University of Melbourne’s Master of Entrepreneurship student, Madeleine Grummet, was amazed by their candor and how generous they were with their time; staying long after the Q&A to answer more questions and take photos with guests “It was incredibly interesting to see inside the minds of businesses facing disruption and the strategies they’re employing to remain relevant to their customers”.

“Both Alan and Brett were very open about their experiences and it was a powerful learning experience to see two men in a highly competitive sector respectfully debate and interrogate ideas, but not each other. It’s not often you get access to such great thought leaders, so the energy and excitement in the room was palpable!” says Madeleine.