6 must-knows about startup life from our mentor

Wade mentor and entrepreneur Jodie Imam recently caught up with Cara Waters of the Bold Businesses podcast for a candid discussion about the parts of startup life that don’t often get air time. Here are the highlights.

1. Won’t someone steal my idea?

It’s a common fear, but Jodie says founders need to move beyond the tendency to keep ideas hush-hush. “I think you absolutely have to put it out there. There’s no way it’ll get off the ground if you don’t. You have to get as many stakeholders as possible. And most likely, no one’s going to copy your idea. No one’s going to want to do it as much as you that they’re going to spend their money, quit their job, do whatever it takes to put the energy into it. It’s very unlikely, and if you do keep it to yourself then there’s very little chance you’ll get it off the ground.”

Before you invest in product manufacturing or before you build any tech, Jodie is all about doing your homework to find out if you are really making something people want. “It’s critical to go out there and talk to as many potential customers as possible. At least 100 people before you even start spending any money on anything.”

Why? Because at the end of the day, you need to know whether your idea can potentially make money. “A lot of people just go ahead on ‘I’ve got this great idea. I’m going to start’ and they start spending and talking about it and posting on Instagram, when they haven’t actually put the numbers into a spreadsheet to see what that business might even look like. Is it worth spending anymore of your time on it?” 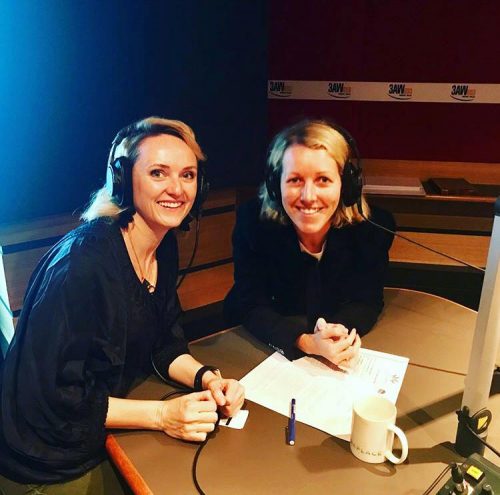 3. The dream vs. the reality

When it comes to starting something, there’s a popular narrative of success that we can be easily seduced by. For Jodie, this isn’t a true reflection of the real struggles entrepreneurs face.

“I think people start out on their journey and they see all the success stories of people going from zero to a million overnight and think, ‘all that could be me. I’ll escape my boss and I’ll start my life and it will be great’. And then it’s hard. It’s really hard.”

4. A big ‘yes’ to the subscription model

The peaks and troughs of the marathon that is the startup journey are tough, and Jodie knows the feeling all too well.

“For most people that I’ve worked with – and for myself as well – the first year, you have a bit of a runway and you’re working on it and it’s all exciting and you know you’re not going to necessarily be making so much money. Come year 2 and, there’s a term for it: Death Valley. It’s quite a harsh time. By the second year you’re out there, you’re getting a couple of customers, but nowhere near what you expected, and it’s really hard. That initial energy and excitement wears off and it’s just the trudge of getting customers and trying to make enough money to pay for the costs that are inherent in that business. It’s a common thing, and people don’t often talk about it.”

6. Find your people and look after each other

Being aware and taking care is important when things get lonely, and Jodie says connecting with fellow entrepreneurs along the way is key. “A lot of people don’t necessarily understand the mental health problems that can come with it. That’s why it’s critical to surround yourself with other people going through the same journey.”

Adapted from S2EP2 of Bold Businesses podcast by Fairfax Media.